How can a girl join the Defence Services mainly in Indian Army?

Here we are going to discuss How can a girl join the Defence Services mainly in Indian Army? You will get all the complete details about the various female entries in the Indian Army.

Women’s Entry in the Indian Army

The position of Women’s Entry in the Indian Army:

Earlier, females were only eligible in 2 entries in the Indian Army but now the army has decided to open 8 more branches for permanent commission for women. The branches that will give women permanent commission are image interpreter, language specialist and the service board. The Indian army has also proposed to increase the number of women in Non- combat roles as well, in positions such as Interpreters and cyber specialists, accounts, legal and education areas.

The women who are already serving in armed forces under short service commission can now opt for a permanent commission after 4 years of completion of service.

As of 2017, women are not allowed to serve in combat units such as the Infantry, armoured corps, and the mechanised infantry. More than 1200 lady officers have been commissioned into the various arms and services of the Indian army.

Eligibility in Indian Army for Female:

Categories of Women’s Entry in the army

These entries are in which the female candidates need to pass a written exam and based on the cut off marks they are called for SSB Interview. Based on their performance in the interview and the marks in the written exam they are selected for the Officer’s Training Academy (OTA). 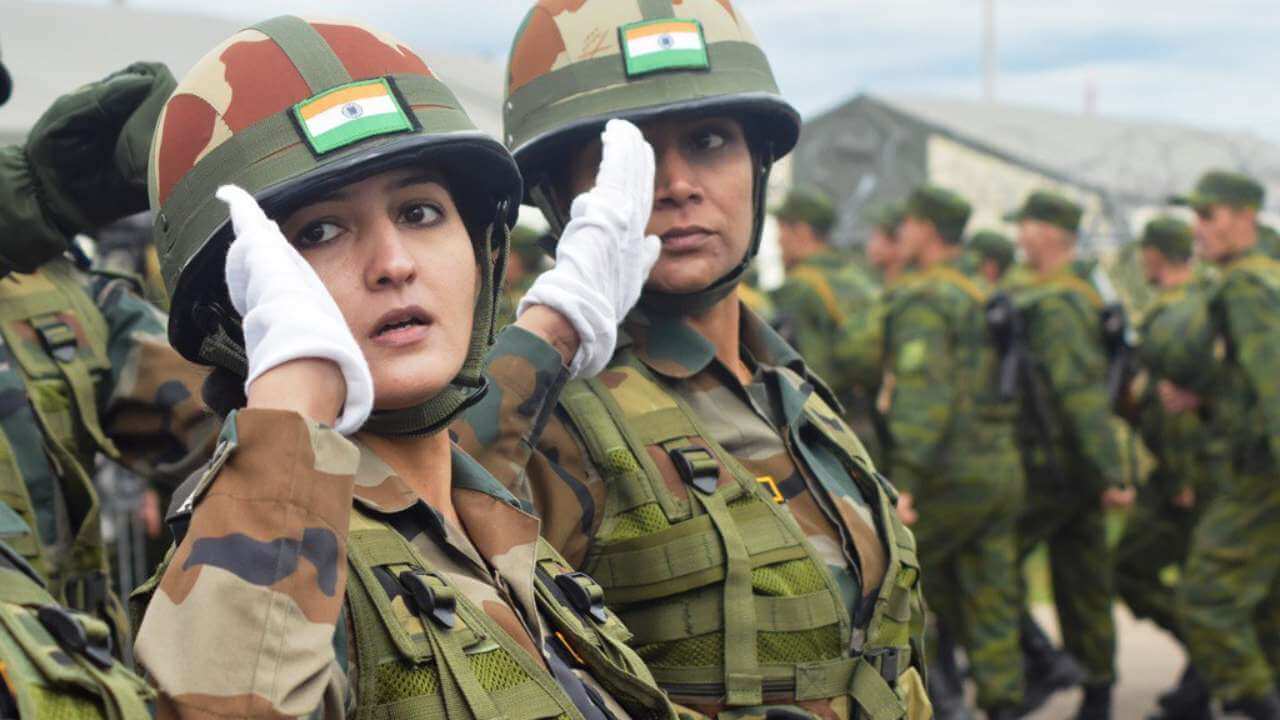 Notable Women in the Indian army

Women in Military around the world